Most original Porto view? From the top of Arrábida Bridge 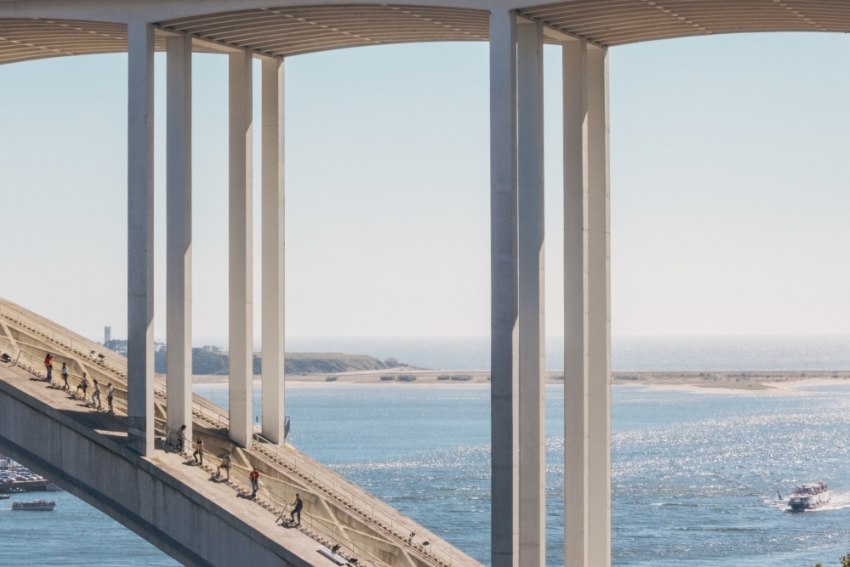 Most original Porto view? From the top of Arrábida Bridge
The top of Porto best views has a new entry.

And to reach it, there is a challenge to overcome: climb to the top of Arrábida Bridge, one of the most important bridges of the Portuguese city. Event Point had a try.

When Arrábida Bridge was completed in 1963 it was oficially the bridge with the largest reinforced concrete arch in the world. The project and the circumstance created great curiosity among journalists from all over the world and Porto people watched the construction of this emblematic work as if it were a film. Today, this curiosity is different. Arrábida Bridge is the only crossing of this magnitude in the northern hemisphere that can be visited. And it was Porto Bridge Climb that came up with the idea. The project began to take shape in 2014, as Pedro Pardinhas tells us, although initially with a different outline. "One idea was to reactivate the elevators that existed on these Arrábida Bridge pillars. That was the starting point. We contacted Infra-Estruturas de Portugal [the public company that owns and operates the bridge] to see if this was possible to achieve, we had a meeting, we assessed costs, and soon realised that it cost a lot of money.” With the technical visits to the bridge, the idea to make use of the staircase and provide visits to the top of this historic building arose.

The tourism boom gave the company an increased confidence to continue with the project. In 2015 there were several talks with Infra-Estruturas de Portugal and in April 2016 the concession agreement between the two was signed. In June of the same year the bridge visits began. Curiously, Portuguese have been the ones who are looking for this experience the most. "It started with a very big impact, we had a lot of media interest. The first weeks were fully booked." Today they are able to attract the foreign tourist. "We are visible at the tourist office, we have good ratings on Tripadvisor, we are the 11th attraction in Porto, the first paid one, and this gives us a lot of buzz," says Pedro Pardinhas. However, in 2017, they are still relying on more Portuguese than foreigners. Now they are aiming to reach groups, companies and events. And the options are varied, with some imagination. "It is possible for companies to come together and do team building or an incentive here. We are actively contacting companies so they can host events". The limit of 13 people who can climb at the same time may seem like a great obstacle, but Pedro Pardinhas explains that groups can be separated and those who are waiting "on land" can enjoy the space below, an also pleasant point to socialise. And did you know there are sunrise and full moon visits? 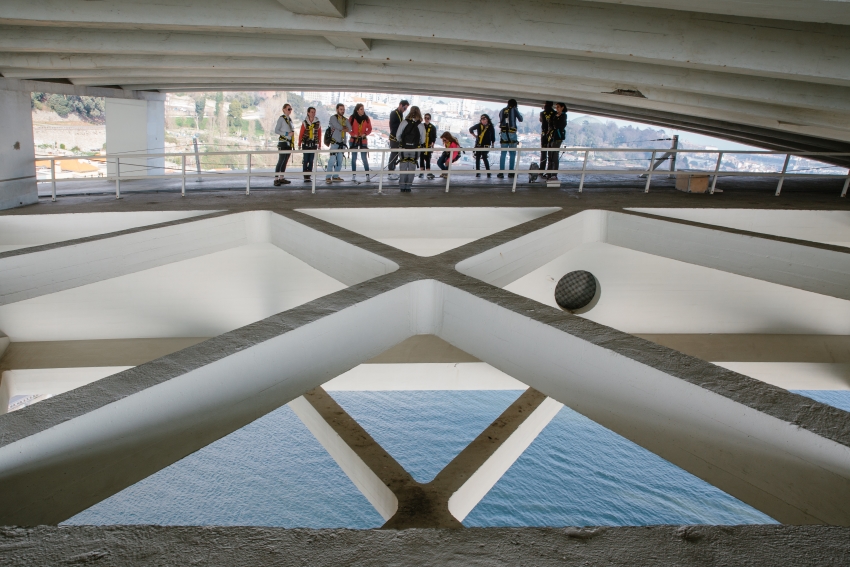 The sense of security is evident in both the ascent and the descent of the 262 stairs of the bridge, Event Point witnessed. Security is a major concern. "We create conditions so that people can not slide, roll or fall." Steel cables act as a handrail, a physical barrier that limits the path where people can walk, constraining freedom of movement. "Occasionally people are sorry not to be able to walk around a bit more, but this is for a transverse public, we have to be careful. We have to reduce adrenaline a bit to make sure everyone leaves alive," Pedro Pardinhas says. Upon reaching the top, besides a unique view and the opportunity to enjoy a historic building, Porto Bridge Climb has a surprise for the visitor. We will not reveal what it is, so give it a try!