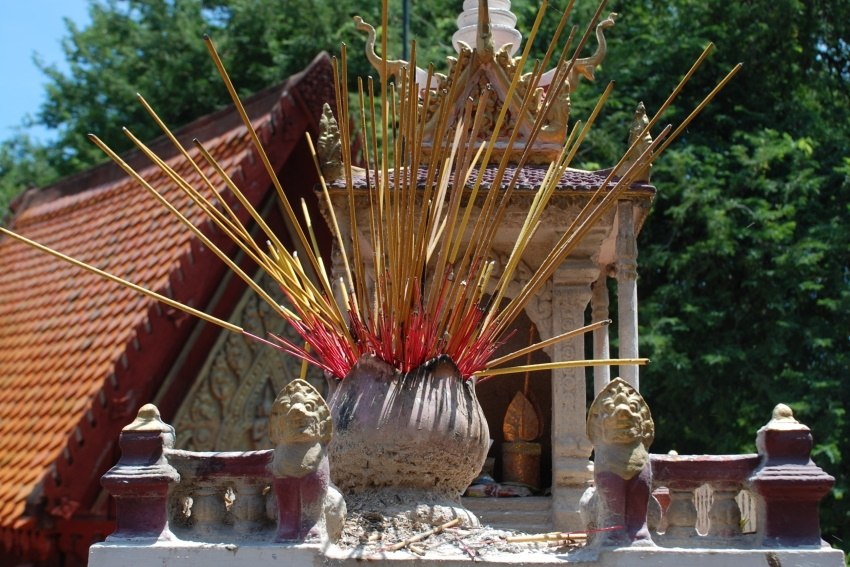 Phnom Penh: Cambodia’s vibrant capital is not just a stopover
Cambodia’s capital, Phnom Penh, is sometimes mentioned on travel itineraries as a stopover or a crossing point to the country’s main destination: Siem Reap.

But surprisingly, Phnom Penh is worth as a destination in itself. The sweltering heat invites tuk-tuk strolls to see the landmarks of the colourful capital of this Asian nation, whose landscape swings between grandiose monuments and memories of one of the most disturbing episodes in twentieth-century history.

Still undone from the wounds of such a grotesque regime as Pol Pot’s and the civil war that defeated it, Cambodia is looking for happier days and tourism has contributed to it. According to a report by the local tourism ministry, in 2018 6.2 million tourists entered the country, approximately 600,000 more than the previous year. Of these, four million entered the country through the international airports of Phnom Penh and Siem Reap and two million by land from neighbouring countries, namely Vietnam. The report estimates that by 2018 international visitor revenues exceeded $4 billion. If Siem Reap is the best-known destination in the country, as it is the doorway to the extraordinary Angkor temples, Phnom Penh bears the marks of the country’s most recent and saddest history, and is well worththe visit.

The Khmer Rouge ruled Cambodia from 1975 to 1979. This regime, led by sinister Pol Pot, believed in a social engineering policy, and aimed to make the country a self-sufficient nation. The reforms implemented have led to the genocide of about 20% of this Asian nation population. More than 17,000 people, men, women, children, considered dangerous by the regime, were sent to the prison of Tuol Sleng - S21, a former high school turned into a prison and interrogation place by the Khmer Rouge. The visit is a must to understand this moment in history, although it is very harsh and depressing.

Already outside the city, but easily accessible, are the “killing fields”. This was where the S-21 prisoners came to die in the most brutal ways imaginable. The memorial, which marks this space, contains eight thousand skulls, divided by gender, and labeled with a colour, corresponding to a different weapon. The camp is followed by mass graves already identified, as this work is still being done today. So it is not surprising that, for example, after a rainy season, bones and clothing surface. Silence reigns in this place of horror, but also of remembrance and tribute. 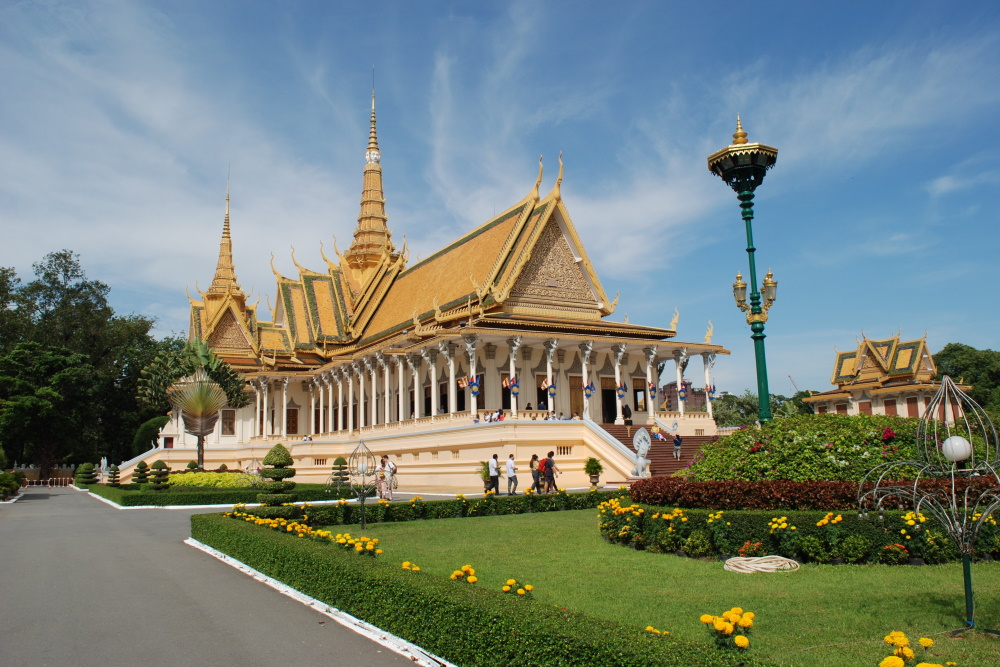 Located opposite where the Mekong River and Tonlep Lake meet, the royal palace is a balm of beauty and tranquility in a city as hectic and chaotic as the Cambodian capital. The building complex, in which the throne room stands out, is impressive, though many are not accessible as they are for exclusive full use of the king and his family. The complex dates from 1866, when the capital went from Oudong to Phnom Penh. Adjacent to the palace is the Silver Pagoda, whose main riches are the Emerald Buddha, made of emeralds and crystal, and the Maitrey Buddha, adorned with over two thousand diamonds. Another highlight are the murals based on the Indian epic Ramayana. A large square takes us to the river, where locals converge, especially at the end of the day. Here you can feel the vibrant life of the capital, its inhabitants meeting in the gardens, strolling along the river, snacking on the street food stalls, laughing and playing. It is highly recommended to take a “cruise” and watch the sun set gently on the Mekong, even though there is always the possibility of a thunderstorm, or we would not be in Southeast Asia. 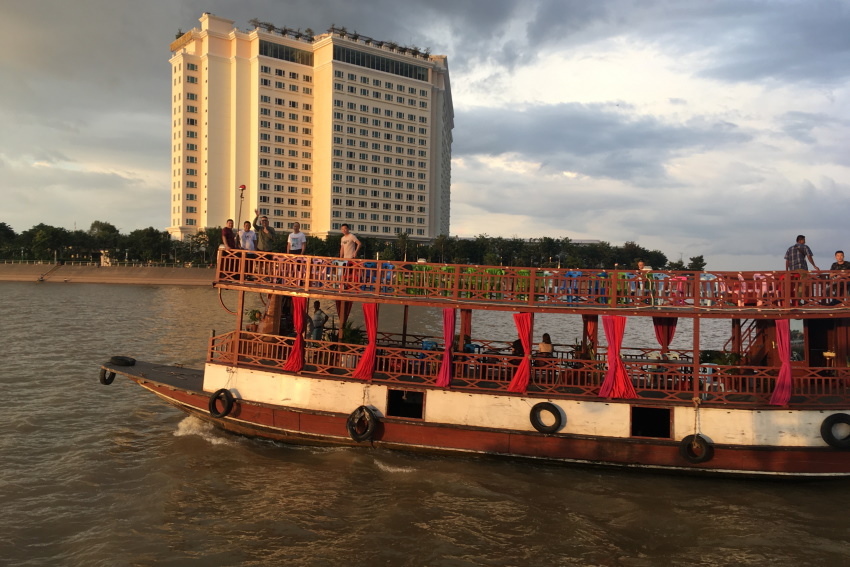 A Capital ready for the Meetings Industry

Aiming to welcome over seven million tourists next year, Cambodia has been investing in improving its infrastructure, some dedicated to the meetings industry, thus appealing to business tourism. Phnom Penh has the Diamond Island Convention & Exhibition Centre, but also a number of hotels with meeting and event venues. Some of these hotel units were featured at Cambodia Travel Mart 2019, which took place at the Sokha Phnom Penh Hotel, a five-star unit located on the Chroy Changvar peninsula, with over 500 rooms and 12 meeting and event venues.

Another five-star associated with this event is Nagaworld, which hosted part of the CTM 2019 entourage. This hotel, consisting of two interconnected buildings, has 1,658 rooms and suites, a casino, a shopping centre as well as an auditorium, five meeting rooms, a hall and exhibition area. Rosewood Phnom Penh has three flexible rooms and a pavilion; Palace Gate Hotel & Resort has three meeting and event venues in different formats; Dyvith Hotel has a conference room for up to 300 participants; and the Sun Moon Urban Hotel features ten meeting and event vanues of various sizes. The Dara Hotels group has two hotel units in the capital, the Olympia City Hotel and Dara Airport, with two and eight spaces, respectively. Examples of hotels with facilities and areas dedicated to the MICE sector contribute to Phnom Penh attracting more meetings and events.

Regarding accessibility, more flights and an increase in frequencies are expected for next winter by Cambodia’s national airline. Cambodia Angkor Air’s domestic flights run between the three main cities, Phnom Penh, Siem Reap and Sihanoukville, and international flights connect these cities to Ho Chi Minh and Da Nang in Vietnam, and Beijing and Guang Zhou in China. The airline’s volume of operations has increased in recent years on both domestic and international flights. In the first nine months of this year, 8,842 flights were carried out and 660,000 people were transported.

After Brunei in 2020, the ATF - ASEAN Tourism Forum will meet in Phnom Penh. The capital of Cambodia will host the Association of Southeast Asian Nations event in 2021. 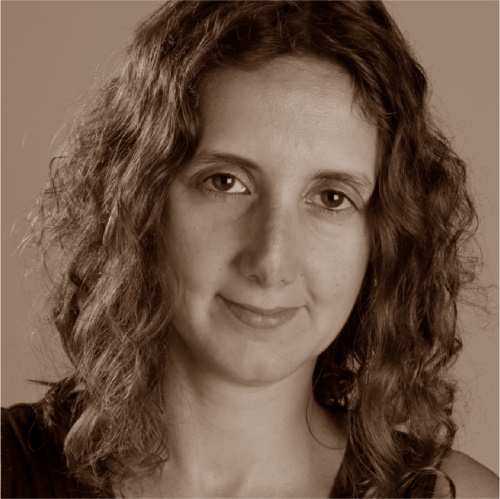 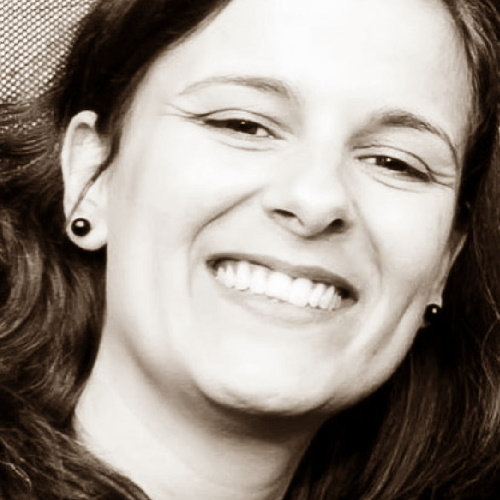 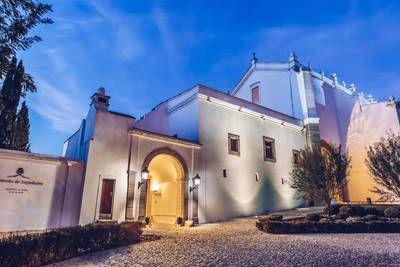 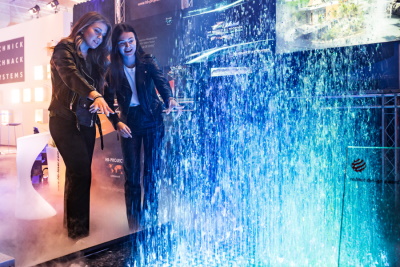