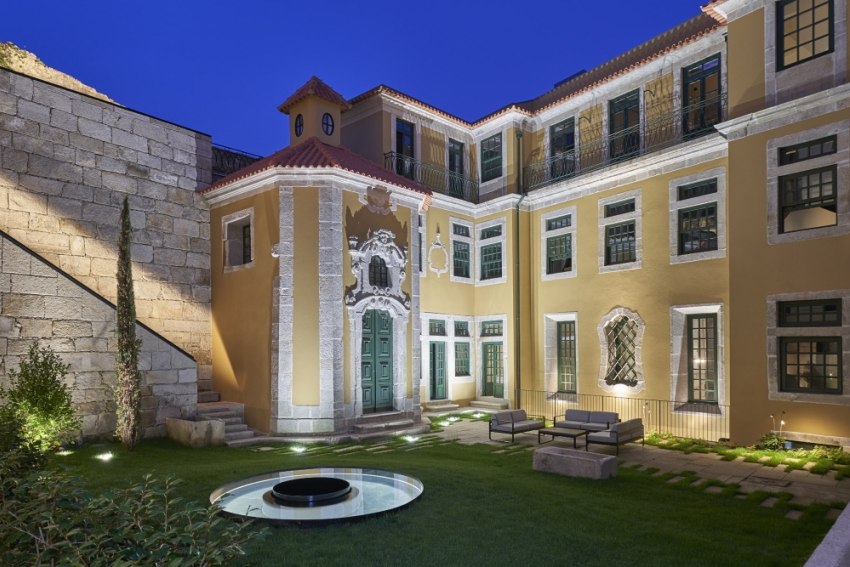 Rua das Flores, in the heart of Porto, has officially, since last September 6th, a new meeting point that is also a reflection of how centuries of History can blend perfectly with a new urban and cosmopolitan experience, in one of the most charming streets in the city.

PortoBay Flores, the new 5-star hotel of PortoBay group is, according to António Trindade, President and CEO of PortoBay group, the fulfillment of “a desire for hotel product diversification, looking for buildings with highly differentiated features and with the best location possible”. The location is undoubtedly privileged. This pedestrian street, located between the legendary São Bento Station and Ribeira, was once occupied by the gardens of the Bishop of Porto (hence its name, Flower street) but has become, in recent years, a must-see for those visiting the city. Old bourgeois or emblasoned houses coexist harmoniously with traditional and modern shops and with cafes and restaurants where you can enjoy all the vibrant joy that has taken over this part of the city.

PortoBay Flores is born from one of these historic houses, whose origins date back to the 16th century. Known as Casa dos Maias (a reference to the last family that inhabited it) or Palácio dos Ferrazes - the Ferraz family lived there until it was sold to the Maias in the 19th century - this palatial building preserves, in its new life, much of the spirit that made it a family home. The great challenge for the architect responsible for the PortoBay Flores project, Samuel Torres de Carvalho, was to make this historic building coexist naturally with another that would emerge from the demolition of a newer structure in Rua da Vitória, at the back of Rua das Flores.

And so, a new nine-storey building, harmonious linked to the former through a landscaped courtyard, emerged. 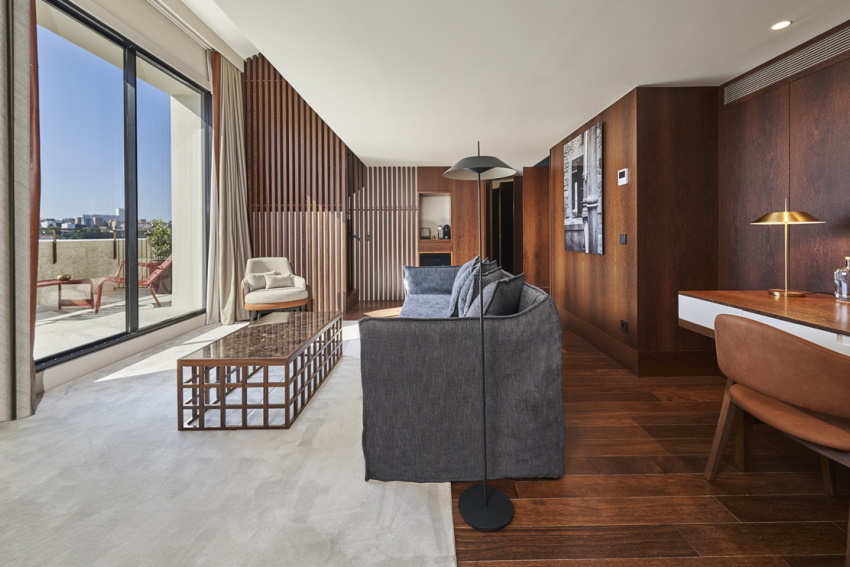 Balcony with a postcard view

PortoBay Flores has 66 rooms, 55 in the new building and 11 in the old palace - defined by comfort and an “extra” for those on the upper floors: the windows and balconies offer a typical Porto postcard landscape, overlooking the houses of this historic area, Porto Cathedral and Douro River.

The interior design is by the architect Catarina Cabral, who sought to highlight the contrast between the classic architecture and the modern design of the pieces chosen.

Bistrô Flores restaurant, under Chef Nuno Miguel supervision, is open to the public and aims to merge the bistro authenticity with touches of haute cuisine, favouring Portuguese flavours.

Maias Bar, at the hotel lobby, has a terrace and direct access to Rua das Flores, allowing, in a few minutes, to move from the hotel’s tranquil and refined atmosphere to the vibration of one of the city’s busiest streets.

At PortoBay Flores it is also possible to relax in a spa with three treatment rooms, sauna, hammam and gym. Mandalay Spa’s relaxation area is connected to a heated indoor pool with natural light. The therapies are originary from Southeast Asia and are based on Indian and Thai medicine.

PortoBay Flores thus reinforces this hotel group’s presence in the city of Porto, where it already owns Teatro Hotel. “PortoBay Flores hotel follows the group’s interest in having representation in the main cities in the country, with a wide offer in the 5 and 4 star segment. This new hotel meets our goals in terms of urban reality in Portugal, reproducing our example in Lisbon with PortoBay Liberdade and PortoBay Marquês ”, António Trindade explained.

This new hotel also makes it possible to appeal to the MICE segment by making a superior offer available. “With the opening of Super Bock Arena-Rosa Mota Pavilion and the emerging MICE opportunities, we will make sure to be present in this segment”, Bernardo Trindade, group administrator, noted.