Red Bull Air Race back to Porto in September 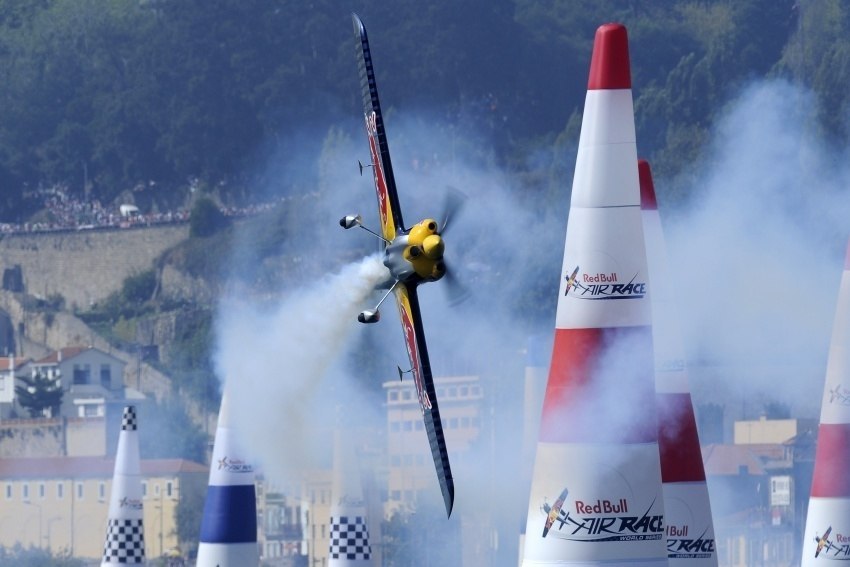 Ten years after its debut, the calendar of the Red Bull Air Race World Championship is back to Portugal and to entertain the Douro River banks on 2nd and 3rd September. Porto is the destination of the sixth and the last-to-last stage of the international competition for sports aviation.

The Red Bull Air Race debuted in Portugal in 2007 and kept the destination in its calendar until 2009. More than one million spectators were present, in the two days of the event, registering an audience record. This come back was very longed for and Erich Wolf, managing director of Red Bull Air Race GmbH, does not hide his enthusiasm.

"We are very excited about the return of the Red Bull Air Race to Portugal, which is one of the favourite stages of both public and pilots. This year the calendar will evolve from success to success, with each stage taking on special significance, whether it be the history of sport or a premiere in a unique setting. We are especially proud to bring back this high-speed race at low altitude back to Douro River and I am sure every pilot and every team will try hard to be crowned in Porto under the applause of thousands of fans."

According to Rui Moreira, mayor of Porto, this is a "consensual and transversal event that touches very diverse audiences", which is why this is "a great achievement for the city to host again in celebration this event that brings a huge direct economic return to the city, the region and Portugal."

Melchior Moreira, president of Tourism of Porto and North of Portugal, said that the numbers confirm the "tourist potentiality" of a destination. "Almost seven million overnight stays by the end of 2016 and an increasing importance of this sector in the national economy. I do not even question the importance major international events have in these results. Today we are admittedly a stage of great international events that bring us an immeasurable return."

He added that "Hosting the Red Bull Air Race is the guarantee of an excellent tourist promotion that goes well beyond the thousands of spectators that are expected on the banks of Porto and Vila Nova de Gaia: the images that will be spread throughout the world, the impressions that visitors will take, the dynamics from which all the destination will end up enjoying, the certainty that those who visit us will want to return at another time of year, the tourist activity that will extend far beyond the two Municipalities involved... This is the work of Tourism of Porto and North of Portugal".