Paula Oliveira: One more Portuguese talent at the service of international football 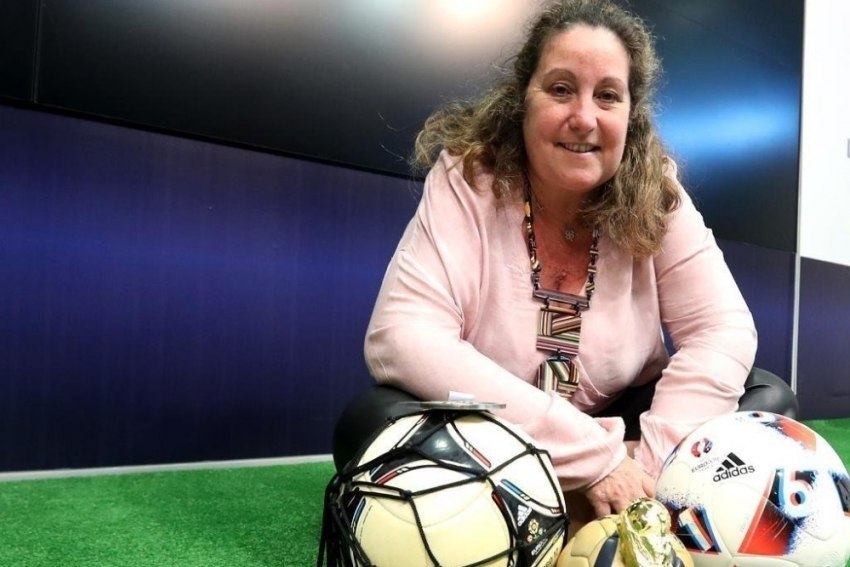 Paula Oliveira: One more Portuguese talent at the service of international football
When talking about Portuguese who excel in worldwide football, we immediately think of Cristiano Ronaldo or José Mourinho.

However, international success is not only built on goals and wins. From Brazil to Qatar, from Russia to Angola, in Porto and London, there is a Portuguese woman with an impressive curriculum in sports events.

From the Portuguese Professional Football League to FIFA and Porto Convention Bureau, Paula Oliveira's career has been mainly in large-scale events, dealing with issues as diverse as protocol, hospitality, accreditation management, VIPs and even logistics. In football language, she would be called a very versatile team player. In the area of ​​events, the best prize is to continue being invited to participate in major events and that is Paula Oliveira's day-to-day life.

From the Faculty of Arts of the University of Porto, where she studied different languages, to the Club World Cup 2019, in Qatar, there was a long path.

Paula Oliveira explains how it all started: “My interest in organising events started at the Porto Convention Bureau, a non-profit association that was created by the Porto City Council and the city's main stakeholders, whose objective was to promote Porto and the North Portugal as a destination for business tourism, congresses and incentive trips”.

It was at this time that, when she started organising educational visits to international markets, she felt the taste for this area awaken. But it would be in 2004, a decisive year for Portugal in terms of sports events, that this passion of hers was fully revealed.

“My interest in sports events, and particularly in football, started with the organisation of Euro 2004. A major international event in my country! It took three years of preparation and planning, a lot of work and dedication from a very young team and most of us without much experience! Even today, wherever I meet colleagues connected with football, they continue to say ‘EURO2004, BEST EVER!’, she says.

Paula Oliveira participated in the organisation of the draw for the qualifying phase and several important moments in this European Championship over the following three years. During Euro 2004, she was mainly at the Dragão and Bessa stadiums. And if this championship was intense for all Portuguese, Paula Oliveira, behind the scenes, did not live the competition with less intensity.

This was the decisive moment that would later take her to events such as Circuito da Boavista, the WTCC, the Portuguese presidency of the European Union and several UEFA and FIFA competitions, in Portugal and abroad.

Her curriculum is impressive, but for Paula Oliveira, the greatest achievement was “meeting new countries, people from countries as different as Argentina, Australia, Uruguay, Mexico, Georgia, Russia, Qatar, Lebanon, Egypt, Greece, Germany and being able to work together, creating a team, sometimes having to overcome language differences, and in the end feeling proud of the work we have done ”.

Thus, more than experiences to her curriculum, she conquered memories for life: “Great events are always in everyone's memory and we stay with friends for life! Euro 2004, the World Cup final at Maracanã and, this year, the World Cup Final for Women were remarkable and exciting moments in my professional background ”, she confesses.

She is already used to big finals, to events seen by millions of people and that cost many millions of euros. The pressure, however, seems to be forgotten, as well as tiredness. “I am passionate about my work! I love what I do! Working at events is not having schedules, not having one day like the other, making trips, walking 20 km a day, meeting new people, new places, new ways of working! Getting to the end of an event and seeing how that event made a difference in people’s lives and in those who participated in it, is a great sense of pride of our work”.

That is why she also does not want to talk about events that are more challenging than others. “Each event always has its particularity and requirement! Innovating, being creative and always making an event that makes a difference is a great challenge”, she stresses.

“Describing a typical day is very difficult”, she admits, exemplifying: “We almost never have equal days while organising an event, especially during the implementation phase. When things go well, we have calmer days, other times overtime work is needed. I usually say that a football match starts at X hours of day Y. Things have to be ready so that the match begins, the guests and the fans come in and the teams are on the field. I think very few people are aware of the work behind a big event like a European or a World Cup. There are many hours of dedication and work by a great team from such different areas”.

Her vast international experience means that she can look, in a very analytical way, at the differences between organising events in Portugal and in other parts of the world. “Although in Portugal things have changed in recent years, we still continue to think that anyone can do events. There are already very good companies that work very well in different areas (tent setting, digital, printing, design) and that are not far behind what I have seen in several countries. In this area, I believe that we have to be a little more professional and take the organisation of events seriously, taking advantage of the exceptional capacity that we, Portuguese, have to do things well done”. “The experience in Qatar has been very good, but I think that here, too, they are in a learning phase for the World Cup. That is why they are preparing for all these events. It is a very different country, with its own culture and a very particular way of living and working”, she reveals.

The possibility of dealing with all these cultural and organisational differences is, for Paula Oliveira, one of the greatest advantages of her professional activity. “It is one of the fantastic things about working at international events in different countries. We have the experience, but when we arrive we have to adapt to a new reality, a new culture, a new way of being. Sports events are shaped by each country. We have to adapt to the country and not impose anything. This is the enriching side of participating in these events. I have been here for two months and I know that I will arrive in Portugal with a great learning about the countries in the Middle East, because I always try to learn the history, the traditions, the cuisine, the people of the countries that welcome us. We have the know-how, but they have the local knowledge”.

It's almost a cliché, but the Portuguese are known for the way they improvise solutions and get everything working, even if you have to work until the last minute. Does Paula Oliveira share this idea? “Absolutely! I think that's why they like to work with us. Portuguese can always find a solution and a way to solve problems. At events, there is a planning phase, but even if the planning is done well, there are always unforeseen occasions as we are dealing with people and stressful situations. Unlike other nationalities that block in face of a problem, we found that magic formula of turning things around in a simple way! “, she praises.

Regarding the possible difficulties of a woman succeeding in an area as traditionally masculine as football, Paula Oliveira considers that “it is a completely outdated idea today”. “I never had any problem working in football and I was always very well accepted by men. Women have a lot to give to football and I think there should be more women in this area! I do not say that there are no exceptions and it has already happened to me, but when they realise that we know what we are talking about, they immediately change their attitude! Even here in Qatar, I was very well accepted by all my colleagues! I think I can say that men in this ‘world’ know that women can make a difference and can bring new ways of working in football”.

With so many events and so many experiences, what was the biggest lesson you learned? The answer is firm and proves that, in events for either fewer people or millions of people, the principle is the same: “Learning to overcome problems in a team and learning to be humble and respect everyone. In an event EVERYONE is important for the success of our work! ”.