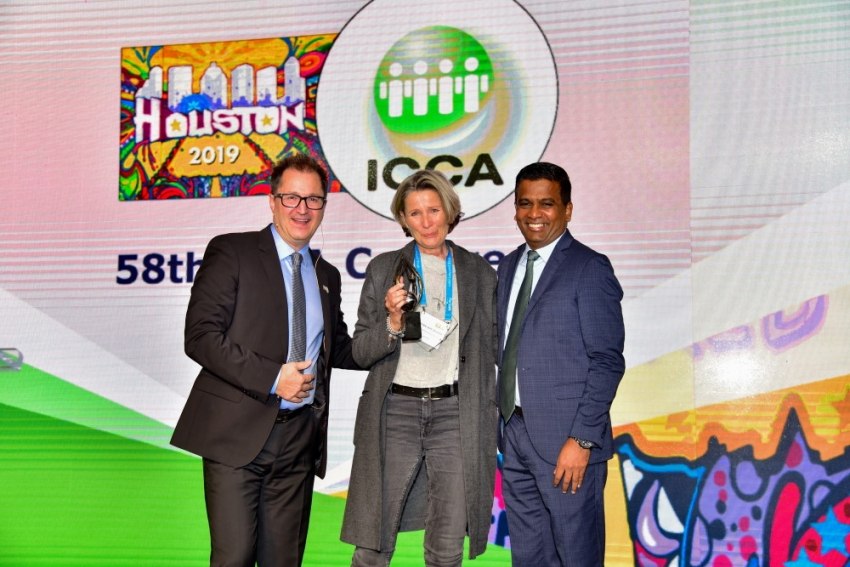 Announcing the award, ICCA President James Rees said: “Ulrike von Arnold has given an immense amount of her time to ICCA, in particular in her involvement with ICCA’s educational activities. She has presented throughout the world at ICCA events including our Association Meetings Programme and annual Congress, travelling to numerous countries representing ICCA and sharing her skills on bidding, marketing and strategy with other ICCA members and potential members. She is renowned for her work at Vienna Convention Bureau and served on the ICCA Board of Directors from 2011 – 2017, acting as Vice President from 2014 – 2017. It is my great pleasure to present her this year’s Moises Shuster Award.”

The ICCA Moises Shuster Award is ICCA’s most prestigious honour. The Award is given to an individual nominated by the ICCA Board most, but not every year, in recognition not only of their inspiring business success and leadership in the international meetings business, but also for their important contribution towards ICCA’s development and success. It is named after one of ICCA’s “founding fathers”, a true visionary and pioneer in the early years of the international meetings industry, and one of ICCA’s earliest Presidents.

Past honorees include: Paul Flackett, Anne Wallin Rodven, Tom Hulton, Martin Lewis and Ray Bloom from Europe, Arnaldo Nardone and Greg Ortale from the Americas, Connie Cheng and Anthony Wong from Asia-Pacific. Past ICCA Presidents such as Pieter van der Hoeven, Christian Mutschlechner and Tuula Lindberg have been honoured, as has PCO pioneer Gideon Rivlin.