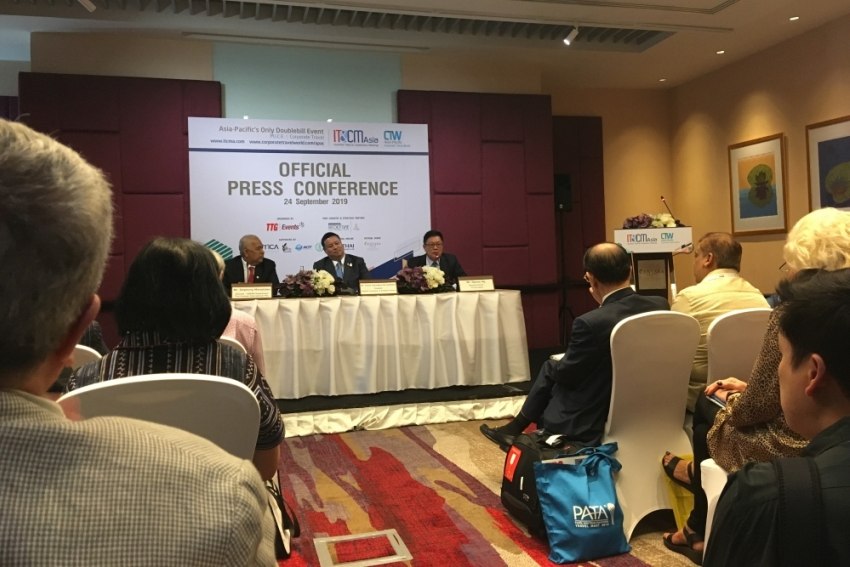 IT&CMA 2019 in numbers
This year's event had some interesting new features.

IT&CMA continues its growth route, establishing itself as a solid event in the meeting industry fairs scenario. From 24 to 26 September, Bangkok received its 2019 edition which featured some interesting ideas. Three stand out: destination presentations for both journalists and buyers; the guided tour of the fair; and the moderated sessions led by the most important professional associations in the industry. Darren Ng, director of the fair, once again highlighted the partnership between TTG, the organiser, and the Thailand Convention Bureau. The event not only allows the country to show on the spot its potential to host congresses and meetings, but also was represented with the largest stand in the fair, with the goal, according to the Thai Convention Bureau Chairman, Chiruit Isarangkun Na Ayuthaya, to promote Thailand's various MICE destinations. After all, the country is not just Bangkok, and the institution also wanted to make known: Chiang Mai, Phuket, Pattaya and Khon Kaen. Thai Airways was, as usual, the official airline of this event, already with 27 editions.

Here are some numbers from the latest IT&CMA, that Event Point also attended.